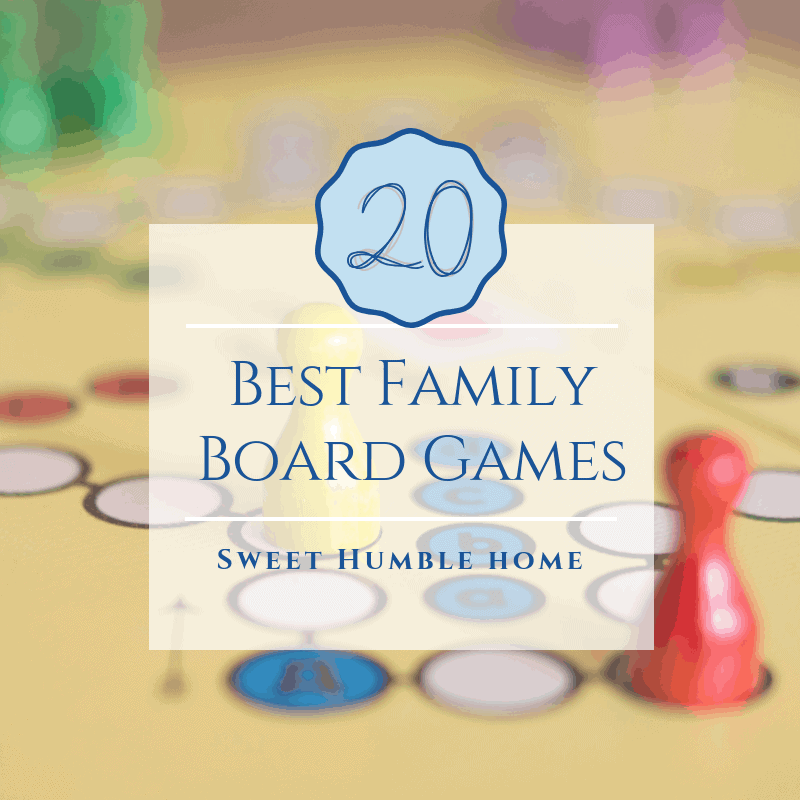 Affiliate disclosure: Sweet Humble Home is a participant in Amazon's affiliate program. As an Amazon Associate I earn from qualifying purchases. This is no extra cost to readers.

Family game nights bring on laughter, fun, and memories.  Bringing your family together in a world where screens usually dominate is a difficult task, and let’s face it – if you don’t make it fun, trying to organize a family game night won’t be easy.

Children crave time alone with their parents where they have 100% of your attention.  It has been that way for ages – not just since the dawn of small electronic devices.  Have you ever noticed the difference when you look straight into your child’s eyes while they are talking to you? They’re excited to keep talking.  They aren’t made to feel like they are competing for your attention.

It’s time to get your game closet in order and institute a night each week where everything else stops – and family time becomes the priority.  Here’s your guide to the 20 best family board games out there.  Classics to new – I’ve got you covered.  Start popping the corn…..

What a classic, right?  Did you know that the game Sorry was first introduced in 1930? A patent for the game was filed in 1934.

Who doesn’t love a good mystery?  Clue is one of those games that the kids won’t tire of as they get older and it’s more difficult to get them to join in for game night!

This one works with kids in middle school and up.  Monopoly teaches so many classic lessons, such as budgeting, and pride in ownership.  For younger kids there is Monopoly Jr.

The Game of Life is a classic that gives kids a peek into what it’s like to be an adult.  This classic game is geared towards players 8 years old and up.

A game for the youngest of your family.  Candyland is one of the first games to teach children about chance and disappointment, as well as winning big!

Who remembers playing Pictionary?  It’s one of those games that get people off of their feet and excited to take the win!  With help, even the youngest kids can play!

I remember nights playing Yahtzee with my family.  My sister was the champion.  It’s known as the game that “makes thinking fun”.

A hands on game, Operation was first brought to us in 1964.  Operation helps to develop hand eye coordination while players try to remove different pieces of the game from the body on the “table”.

Scrabble is a go-to game as kids start to get older.  In 1948 the Brunot family from Newtown, CT developed the game.  The game became popular when the President of Macy’s played the game on vacation with his family. After putting in a large order to sell out of Macy’s, the game took off.

Rounding out the classics? Chess & Checkers.  I remember playing both with my parents.  Classic games that help kids to learn to plan ahead and think critically.

Ticket to Ride is getting a lot of positive press right now, and it’s for good reason!  This game is about making as many stops as you can on a cross country adventure.  The best part is that this game has an original edition as well as several others such as editions for younger children.

Do you have a family of singers or just a family who likes to sing? This game will have family members belting out tunes and having fun all night long!

This game helps with memory and deduction skills.  It’s a great time for everyone 5 years old and up!

A game of quick thinking and where you match your cards to two in the middle.  The thing is? You’re matching cards that you wouldn’t normally match together! You have to be quick to win Pickels to Penguins.  It’s recommended for players ages 8 and up.

Drawing and some crazy looking vision altering glasses make this game fun for everyone!

If you are looking for a game that your 3-5 year olds will grab, take a look at this game.  It’s an easy game where children will gain memory skills.

There’s no reading required for kids to play Sequence for Kids, so it’s perfect for little ones.  It’s a game that helps kids develop strategy skills.

To play Catan, players need to collect cards and build around the island.  It has become a super popular game that brings skills like strategy and bluffing skills.  Reviewers claim that you should plan to become addicted as you’ll want to play regularly.  Additionally, there are several extension packs and even a Catan, Jr.

Blokus is a family game that is easy to learn, and is quick moving.  Basically, you need to try to get rid of as many pieces as you can by building on the board.  Kids young and older alike will love to play it!

Suspend by Melissa & Doug rounds out our list of the 20 Best Family Board Games.  It may not be played on an actual board, but it’s a game where you have to use logic, balance, and forward thinking.  Players attempt to build the tower little by little without it toppling over.  (You can even play it just the two of you if the kids are out).

I hope one of these games peak your interest and you pick one up to add to your game closet.  Spending time with family is the most precious gift of all.  Bookmark this page of the 20 Best Family Board Games so it’s handy when you’re ready to add to your collection! 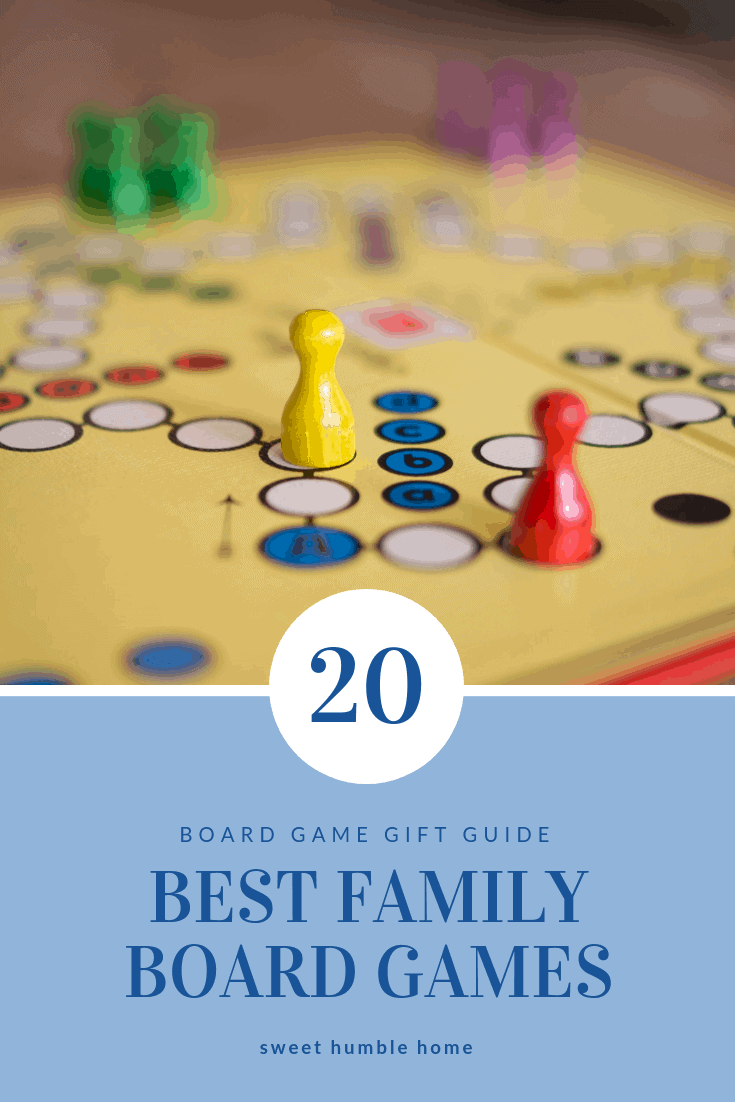 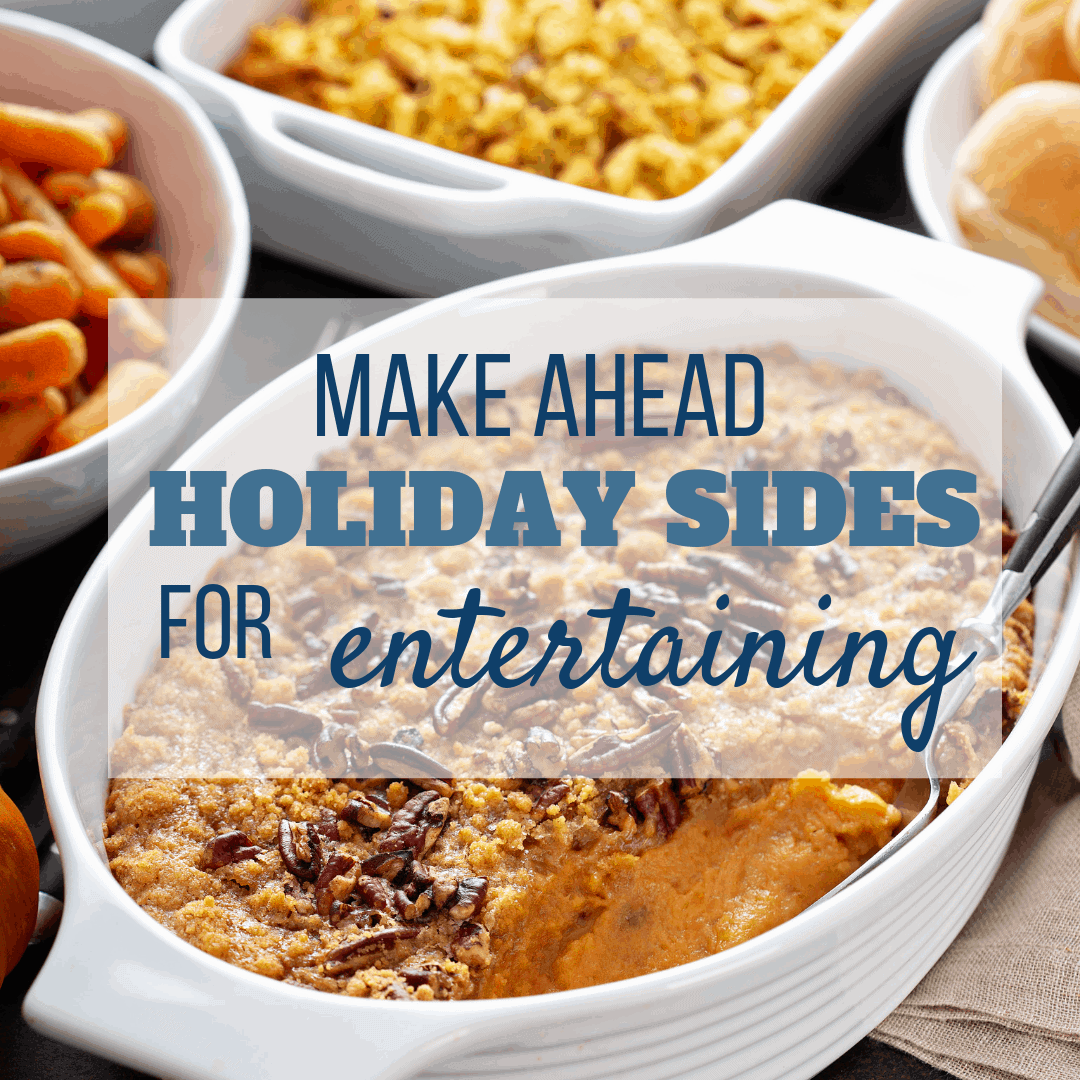 Affiliate disclosure: Sweet Humble Home is a participant in Amazon’s affiliate program. As an Amazon Associate I earn from qualifying purchases. This is no extra cost to readers.Make Ahead Holiday Side Dishes When is comes to prepping for Thanksgiving and Christmas meals, having a few make ahead holiday side dishes in your recipe box is… 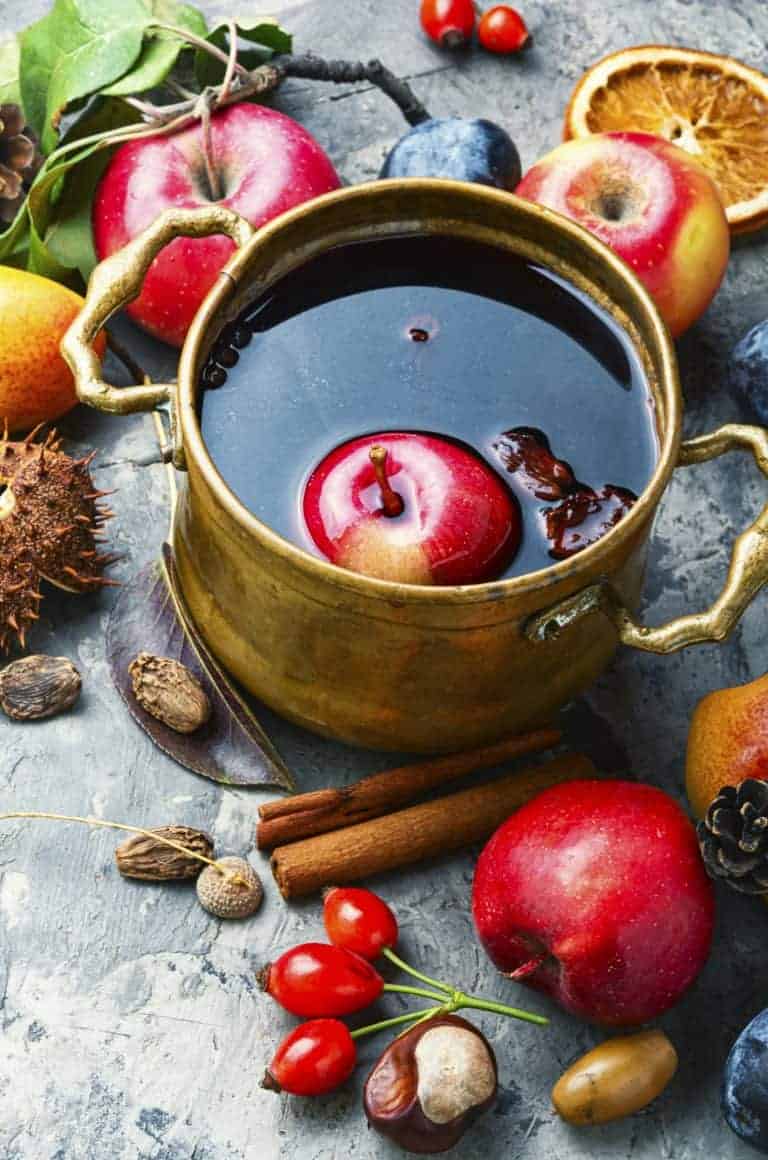 Affiliate disclosure: Sweet Humble Home is a participant in Amazon’s affiliate program. As an Amazon Associate I earn from qualifying purchases. This is no extra cost to readers.    These Christmas morning punch recipes are perfect for serving a crowd this holiday season! The best part is you can serve alcoholic or non-alcoholic versions of… 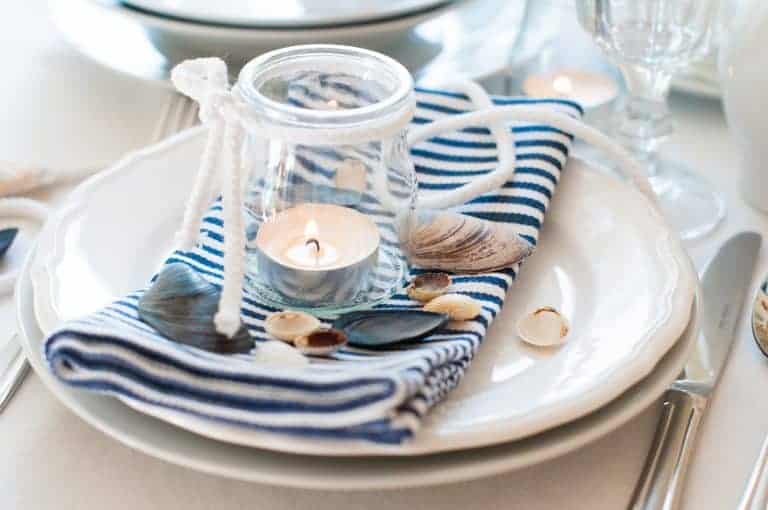 Affiliate disclosure: Sweet Humble Home is a participant in Amazon’s affiliate program. As an Amazon Associate I earn from qualifying purchases. This is no extra cost to readers.   There is more to coastal decor and nautical table decor than just seashells! When designing a coastal themed table for summer entertaining, it’s all about crisp…

Affiliate disclosure: Sweet Humble Home is a participant in Amazon’s affiliate program. As an Amazon Associate I earn from qualifying purchases. This is no extra cost to readers.           Don’t you think it’s time that the Potluck Dinner came back? Me too!  I’m sharing how to host a holiday potluck dinner…. 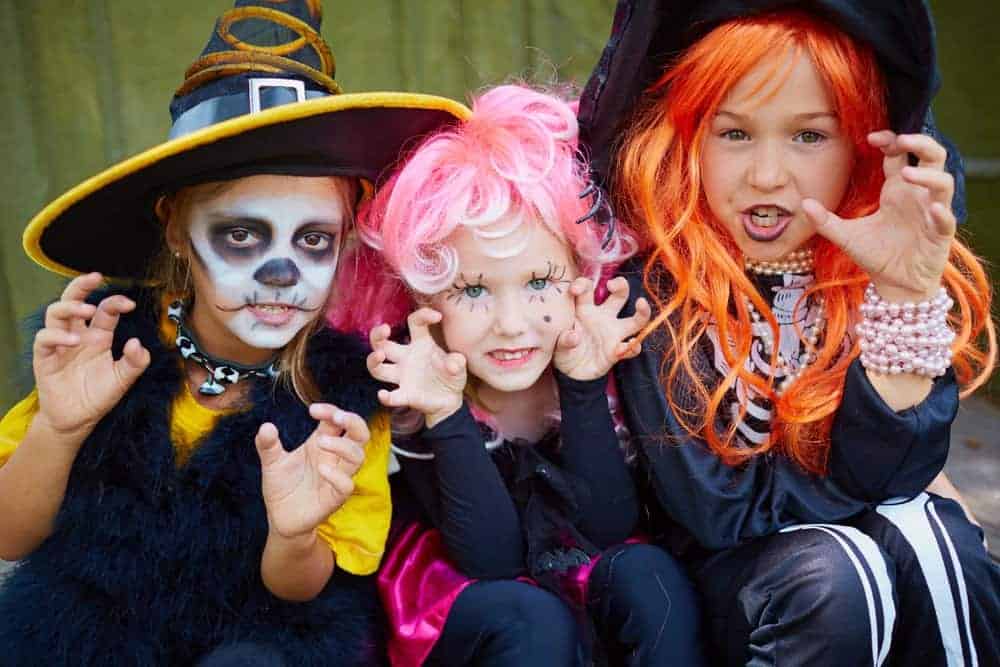 Affiliate disclosure: Sweet Humble Home is a participant in Amazon’s affiliate program. As an Amazon Associate I earn from qualifying purchases. This is no extra cost to readers.     There isn’t much that’s as fun as gathering all of the kiddos together for a Halloween Movie Night party! Just follow these steps to put… 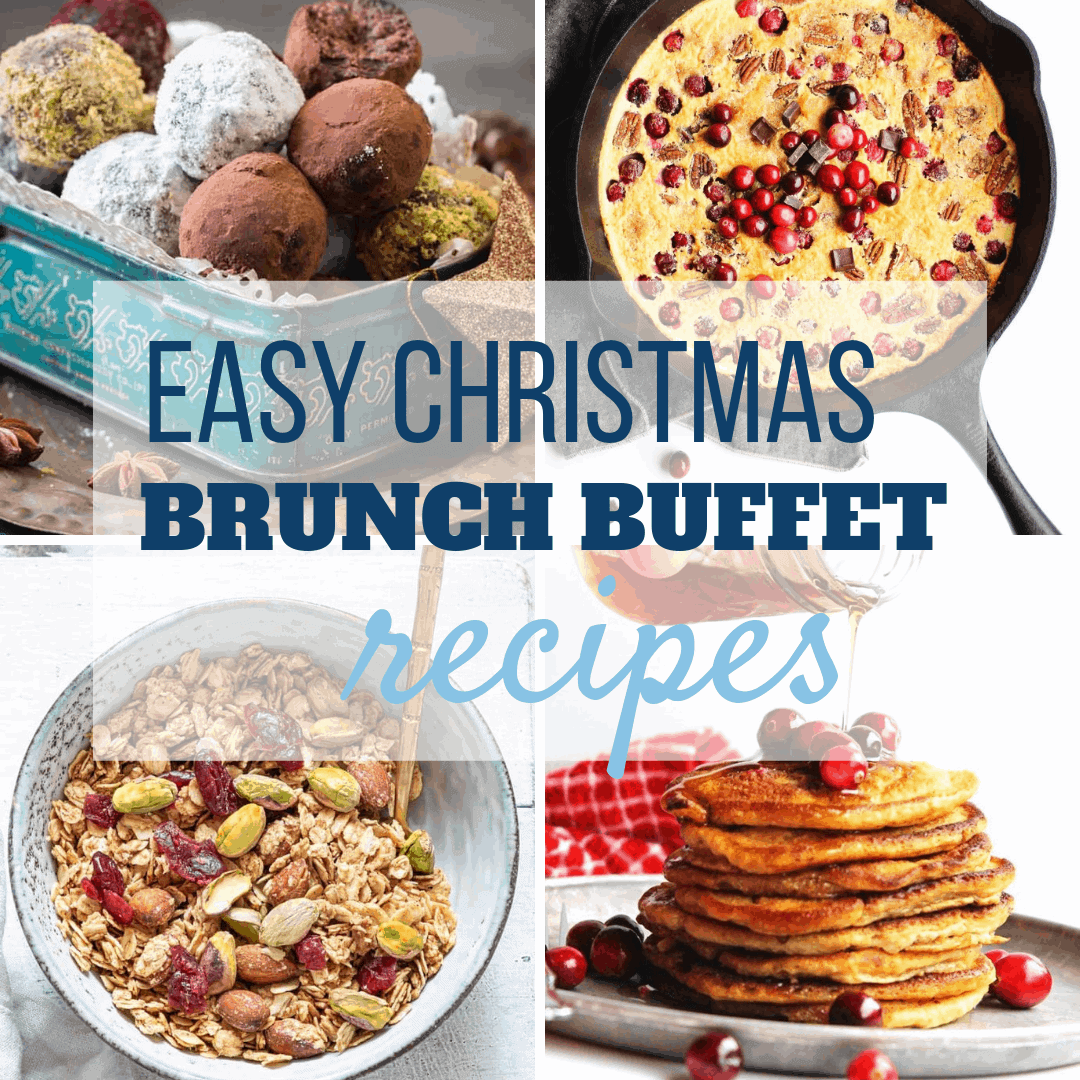 Affiliate disclosure: Sweet Humble Home is a participant in Amazon’s affiliate program. As an Amazon Associate I earn from qualifying purchases. This is no extra cost to readers.      Christmas morning starts one of the best days of the year.  It can also be a time of completely wonderful chaos!  I start each morning…

Sweet Humble home is a participant in the Amazon Services LLC Associates Program, an affiliate advertising program designed to provide a means for sites to earn advertising fees by advertising and linking to Amazon.com.

If there had to be one flavor that defined the season, it would be cranberries.  Cranberries are the number one fruit of the season.  This recipe takes the

The holiday season can't be beat - neither can this fantastic spiked spiced rum cider cocktail! Hot Apple Cider (spiked with rum) is the perfect treat